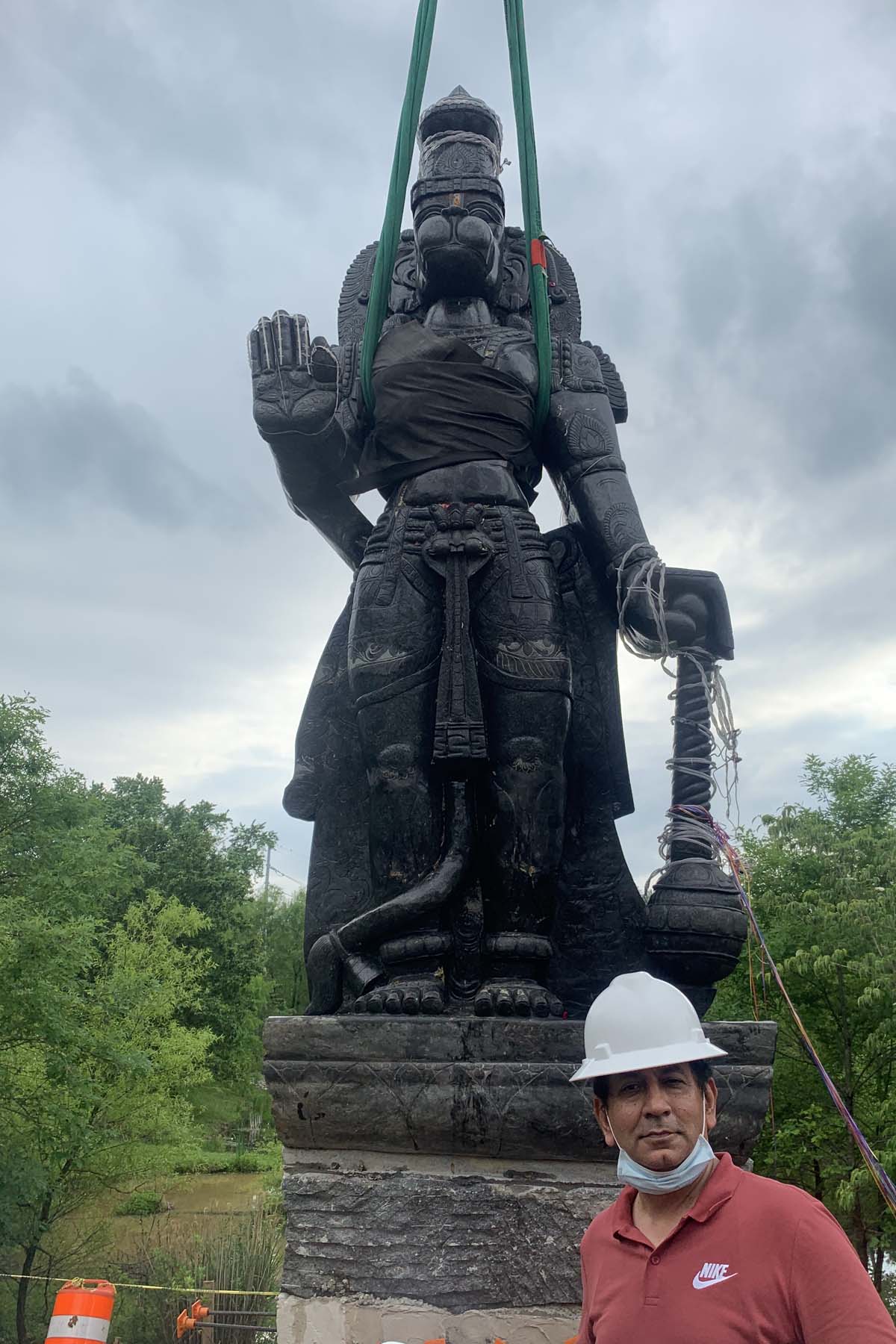 Criterium Engineers’ affiliate offices—located across the country—are dedicated to making their communities better places to live. Criterium-Jagiasi Engineers was selected as our Office of the Month for June. The office was recognized for a monumental and unusual community project for a Hindu Temple in Hockessin, Delaware. Owner/president Anil Jagiasi is a member of that temple.

Anil, who is a licensed, Professional Engineer, was project manager, chief engineer and construction superintendent for conception and installation of the foundation for a massive, 25-foot tall, 35-ton statue of Hindu deity Lord Hanuman. This is the tallest statute of Hanuman in the United States and received media attention across the mid-Atlantic region and in India.

Watch the video and interview with a temple leader: https://youtu.be/ajh-QzSjFic

Hanuman is considered the god of strength, celibacy, knowledge, lord of victory, supreme destroyer of evil and protector of devotees.

The temple commissioned a group of artisans in India to carve a single slab of black granite into the impressive statue. It took them more than one year to complete the work and it was shipped to New York via container freight in January. With the advent of the COVID-19 crisis, temple leaders initially considered postponing their project; however, in the spirit of Lord Hanuman, they ultimately decided to forge ahead.

Providing a firm foundation, placing the statue upright and making a stable connection at its base are not easy feats, as he describes below.

Anil’s timeline and description of the work:

Anil Jagiasi’s Office of the Month nomination noted: We are recognizing the dedication, community service, engineering skills and “can-do” attitude of Anil Jagiasi, P.E.  All of these attributes were aptly demonstrated in this project.

Congratulations to Anil and Criterium-Jagiasi Engineers on being named our Office of the Month!

Criterium Engineers affiliates are located throughout the United States and in Canada. Many franchise territories are currently available.