At Criterium Engineers Biennial Conference recently held in Tampa, we added a new member to the Million Dollar Club.

This award was added to our recognition program in 2003, to recognize offices that obtained annual billings of $1 million or more. Henry & Marilyn Jansen of Criterium-Jansen Engineers received the Million Dollar Club award. In addition, they were awarded with the Office of the Year at this event. The Jansens are based in the greater Toronto, Ontario, area. 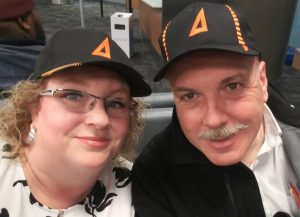 Marilyn & Henry Jansen of Criterium-Jansen Engineers, based in the Greater Toronto, Ontario, area

In order to reach a million dollars, an office must: