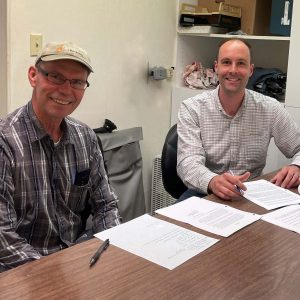 The company began in 1970, when C.R. “Dick” Withem, P.E. opened the office. Don Liszkay, P.E. joined Withem in 1989 and bought the company in 1996. Don recently retired after selling the office to Adam. Criterium-Liszkay Engineers is the oldest engineering firm in the Central Ohio Area specializing in pre-purchase home and building inspections.

Adam is a civil/structural licensed, Professional Engineer, licensed in Ohio and Virginia. He has a diverse consulting engineering background including structural design of steel, concrete and heavy foundation structures for the energy and bulk material handling industries, on and offshore oil facilities projects, and the design and inspection of concrete storage silos.

Adam attended The Ohio State University for civil engineering, lives in Gahanna with his wife and two young daughters. In his spare time, he enjoys cars and driving on tracks at road courses in the area. He also founded and manages a property management company.

Criterium-Liszkay Engineers is an affiliate office of Criterium Engineers. A few office principals are approaching retirement and are looking for new owners to purchase their businesses. Contact us to learn more.